Yours truly, Lawrence Maushard, is announcing my candidacy for an at-large city council seat in my hometown, Peoria, Illinois.

My primary focus is advocating for the working-class neighborhoods of the North End, South Side, East Bluff, central city, and more.

I intend to be a voice for the city’s low-income residents and their neighborhoods so long neglected by Peoria’s establishment.

I am dedicated to democratic-socialist action to bring about real results for the people of Peoria who feel they have been left behind and forgotten through no fault of their own.

5 open at-large Peoria City Council seats are set for primary election on February 26, 2019, if 11 or more candidates file nominating papers. If 10 or less file, no primary is held and general election is scheduled for April.

As a 59-year-old democratic-socialist & human rights advocate born & raised in Peoria (Academy of Our Lady/Spalding Institute ’78 & Illinois State University ’82), I am dedicated to improving the lives of poor & working-class residents.

I am a journalist & author who owns and resides in my 1924 home in the 700 block of East Arcadia Avenue on the East Bluff. I love the vibrancy & family-oriented neighbors here.

If elected, I pledge to work for the following (and much more):

1). $15/hr. minimum wage for everyone working in Peoria at a company of 50 or more employees, and company franchises of national well-known outlets like fast food.

2). Up to 7 days paid sick-leave annually for all workers in Peoria based on their accumulated hours and other criteria.

5). Swift passage of the proposed Welcoming City Ordinance to PREVENT city police & other employees from working with federal ICE (Immigration & Customs Enforcement) personnel. Peoria must be a pro-immigrant city welcoming the world to River City.

7). Support municipal ownership of city water supply & distribution by starting now to research all relevant factors in time for next council decision on the water issue in 5 years.

10). Begin research now to ensure proper taxation & collection of future revenues from the cannabis industry upon full legalization in Illinois.

Another American anniversary in July

US independence day always reminds me of the American military blasting Iranian civilian flight 655 out of the sky killing everyone aboard, 290 innocent people. The responsible American warship was in Iranian waters, and the US tried to cover up details of the shoot down for years.

July 3 (1988) is the actual anniversary, so I may be somewhat tardy in posting this by a few hours.

However, with Trump’s Washington daily hiking tensions toward the Islamic Republic of Iran, it’s critical that everyone remember the long deep history of US political & military atrocities on Iran, like the murder of the innocent children, women and men on Iranian Airlines Flight 655.

You cannot honestly celebrate America today without also remembering the too many lives, past & present, the US has taken from this earth.

With that in mind, I honor the dead of Flight 655 on American Independence Day and ask the forgiveness of the people of Iran on the anniversary of that terrible day.

Misogyny is shot through the white American male population. I see it, you see it, every day.

Another horrific aspect of US society is the degree of cowardice among most people.

Hardly anyone, women & men alike, have the guts to look these women-hating bastards in the eye when the situation demands it.

When was the last time you did anything, or saw someone do so?

Most of these bad guys will back down when confronted.

Sometimes they don’t. But that shouldn’t matter.

If I see someone threatened, all disgust & venom on me if I do not act.

So many of these badboy misogynst sadistic fucks can be easily stopped & removed from the general populace.

But my ever-detestable Americans, both women & men, have largely allowed this human garbage to skate through life.

Not only that, far too many Americans in fact sustain and even celebrate their aggression as something to emulate.

The stereotypical WWE male Type A hyper-aggressive, pro-military super-competitive, fascist ethos is enthusiastically wined and dined in America, with no thought given to how that maniacal mindset plays out in male/female relationships.

My question: is this a uniquely American problem or more widespread?

And if it is worldwide, is that because of America’s recent cultural dominance?

In these times, it’s critical we talk through these issues which affect everyone everywhere.

Again, I believe a reason for so much violence on women is the result of moral and physical cowardice on the part of people in a position to make a difference but who refuse to act. [] 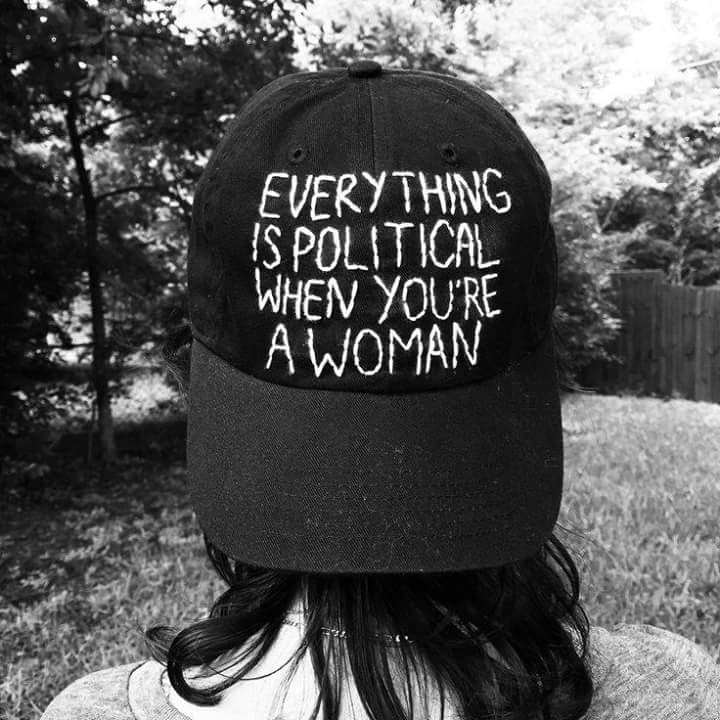 Those Israeli bastards murdered a uniformed female nurse tending to wounded. She was clearly visible & hands up & obviously unarmed.

And an Israeli fascist sniper took careful aim, and shot 21-year-old Razan al-Najjar through the chest, from the back.

The Nazi snipers of Warsaw & Leningrad had more humanity than the Israeli snipers of Gaza. That’s some godawful company there, Tel Aviv.

Not really a military as much as a civilian terror organization. State-supported death squads and torture units. Absolutely contemptible with no positive attributes.

Only a low-rent no-pride military has the cruelty to sniper a clearly identified female nurse through the back.

Of course, our blind American support of apartheid Israel now has us in bed with war criminals who murder these innocent women and children and seniors in the practice of ethnic cleansing.

The so-called state of Israel has become a sadistic monster capable of any war crime. It must be heavily sanctioned and isolated.

And they need it now. 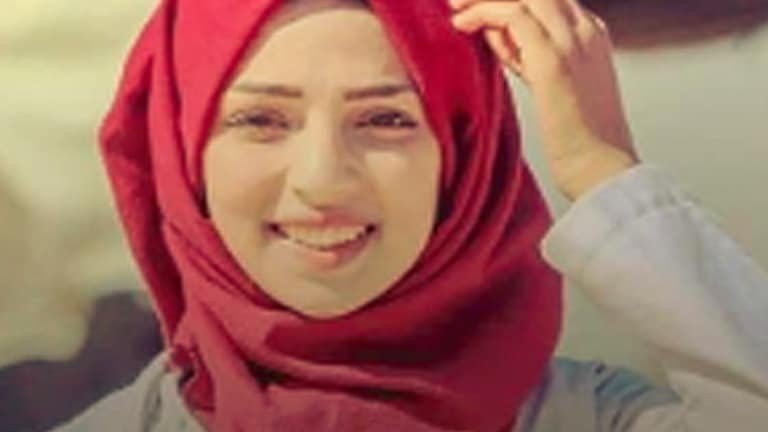