Expert talks US torture in Iraq

Darius M. Rejali became an internationally recognized expert on torture and interrogation in part due to his childhood growing up under an authoritarian regime in Iran, and the personal revelations that a powerful ancestor and government official regularly used torture.

Rejali, 47, chair of Reed’s Political Science Department, has an expertise that’s needed with President Bush’s “War on Terror” seemingly willing to include torture. His 880-page book Torture and Democracy , which traces the history of torture in Western democracies, was just released by Princeton Press ($39.50). Last week at his Reed office, Rejali discussed torture, its use by the U.S. and its continuing place in modern society.

WW : What’s your reaction when you hear President Bush claim, ‘This government does not torture’?
Darius Rejali: My reaction is it’s always really hard for governments to come to terms with what they do. So either he doesn’t know, or someone is not really being frank with him about what exactly we’re doing. Because these same things were torture for Americans when they were done to our troops during the Korean War, for example.

What do you conclude from the recent confirmation hearings for the U.S. attorney general when nominee Michael Mukasey was evasive on waterboarding?
The Mukasey nomination confirmed what everybody feared. Up until that point, most people were willing to think, ‘Oh look, that’s something that guys on the night shift did,’ or it’s something that people don’t really know about. What he confirmed was there were memos and documents that this was a policy decision.

What do you mean in Torture and Democracy by writing “dictatorships may have tortured more, and more indiscriminately, but the United States, Britain and France pioneered and exported techniques that have become the lingua franca of modern torture: methods that leave no marks”?
It’s not about specific countries. The easiest way to distinguish between torture techniques is between things that leave marks, scarring techniques and clean techniques. They don’t just use one clean technique like waterboarding. They use several clean techniques: sleep deprivation, waterboarding, forced standing, electricity. The reason we care is because someone who has no marks on their body is simply less credible. No one believes a person who has no marks. These clean techniques first appeared in Britain, France and America before they went to authoritarian states. There were new techniques that emerged in the pre-World War I period as well that were clearly out of our police forces.

We can agree that Guantánamo and rendition to other countries are a disgrace. But doesn’t equating the torture of thousands with the torture of millions by Hitler, Pol Pot, Stalin, etc. cheapen the wholesale slaughter undertaken by those dictators?
Torture has changed in ways that we are complicit in, in the sense that the techniques I have just described are becoming more common. I would never suggest the torture in democracies is far worse than what happened in these other countries. What’s really important is to recognize that we have this history, and we have to deal with it. And these techniques exist in our societies, not in some case at the CIA. They exist in fraternities, in military barracks, schools, hazing rituals. And when the military says, “OK boys, you can torture now,” that’s where the techniques come out of—in the dark places of our society, not in some place in the CIA.

Have we responded to the realization our government tortures any differently than democracies like the French during its Algerian conflict in the 1950s and ’60s?
There are differences. In France, this led to a large anti-torture movement that separated itself from both the traditional left and the traditional right. Evangelical Catholics joined Socialists who weren’t Communists. The New Left and the Evangelical Right got together in a large movement to protest against torture. It was the beginning of the modern anti-torture movement. This is one of the things I have been waiting to see in America. I’m waiting to see the Evangelicals and the Democratic Left get together in a common social movement [against torture]. Because that’s the only thing that can clear up some of the stuff. And I haven’t. I keep on waiting. And I’m not sure what’s going on.

Has Portland responded any better or worse in this regard?
It has been incredibly responsive to the question of torture. Portland is very different from the rest of the country. You go to a place like New York that’s in shock over 9/11; nobody knows what they feel or think. For us, this is all kind of fresh, in a way. We react to it like a lot of people do. When I give talks in other places, people say to expect no more than 50 to 60 people. When I give talks here, typically, I can expect 100 to 120 people. So whatever worth that measure is, it means more people are concerned.

Short of floating a rescue raft to Gitmo, what should an American be doing?
The thing about Guantánamo is that it doesn’t matter whether we shut Guantánamo down. The question is, what are we going to be doing with the prisoners? Obviously, the best thing we can do is to get them fair and judicial trials. At this point we’re not going to achieve anything more by keeping them there. And it’s going to have a huge, sort of negative impact. The law that these prisoners are being tried under isn’t standard civilian law, and it isn’t standard military law, it’s called military commissions. It’s run out of the legal council office of the Department of Defense, or the Pentagon. None of the services have signed off on this law. It’s very much its own piece of legislation, and it has all sorts of flaws. Everybody knows it has flaws. We would be so much better off just putting these people through standard military tribunals we have had since World War II around the Geneva Conventions, giving them their rights, either sentencing them, or not , as the case may be. To my mind, that’s the most logical thing to do with the prisoners.

What might people be surprised to learn about you?
Well, I think most people probably know that I’m Iranian-American. But if they don’t, then I think that’s an important point. Here’s what I will say. I’m not just an Iranian. My great-grandfather was a very powerful prince. He didn’t hesitate to torture people. Never. He had absolutely no problem killing people in large numbers. And he was actually not as bad as the rest of his family. The truth is, when his enemies saw him they basically said, ‘Here’s a guy who talks about highfalutin’ values, but in fact he chose the lie by using these barbaric methods.’ No one mourned him when he passed. I think the bottom line is, do Americans want to defend their values with methods that are so well-known and so barbaric that they take away from the values that they had? Knowing my family history, I’m here to remind people that this has happened before and it’s kind of a stupid idea. Nobody misses my great-grandfather. Nobody. Not even me. But it’s an important point. Is it better to be loved or feared? The answer is, if we fight with one hand tied behind our back, and we win, we will be loved and feared. If we’re merely loved, we might be despised. But if we’re merely feared, we’ll be despised. The important thing is to do it right.

What would you tell a young person interested in following your career path?
Not surprisingly, there are some people in the population who have gifts, the same kinds of gifts as mine. They can go into the darkness and talk to some really nasty people, and think about some really horrible things. They can come back, and they have a good story to tell. The story is a very powerful one, whether they become journalists or academics is really not the important point. It’s these two central gifts. Yes, it [sometimes] overwhelms them, but it doesn’t stop them. Whenever young people come up to me and clearly have these gifts, I go, ‘Ah, another member of the House of Slytherin! The truth is the House of Slytherin in Harry Potter is about all those people who know the dark arts. You always need these people, you need people who can understand the dark arts, and who are not freaked out by it. Who can understand it and communicate it to other people. There is a place for such people.

Do you believe that the world collectively is using more, less or about the same amount of state-sponsored torture as existed, for example, 100 years ago?
Impossible to know. The most we can say is that during the colonial period, what happened was that they managed to put an end to some of the more barbaric and visible public displays. But that’s about all we can say.

Any reason for optimism as you view the world heading into the new year?
Oh, yeah! For sure! One of the main points about what I’m saying is that when we watch, torturers care. Torturers actually care about what your church group, or your newspaper, or anybody says. Public monitoring really works. And this is one of the important points: It’s really easy to stop torture. It’s not hard at all. All you really need are clear rules, clear authority that punishes if you disobey the rules. And then you need regular medical inspections, and remand before a public authority within 48 hours. If you have two sets of rules, like we had at Abu Ghraib, if you have two kinds of authority, military security and MPs, if you have no punishment for whichever set you follow, if you lie to the Red Cross about medical inspections, and it takes you four months to see an Iraqi judge, then you have Abu Ghraib. I mean, it’s almost predictable what normal people will do under these circumstances. So it’s really easy to stop torture. The harder thing is to persuade governments to stop creating the conditions that produce torture. Even harder than that for us is going to be…once you have torture in the system it is very hard to get it out. There’s all sorts of problems that will take us years and years to fix.

FACT: Rejali delivered the keynote address last month in Copenhagen at the 30th anniversary of the Research Center for the Rehabilitation of Torture Victims. 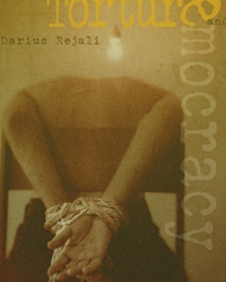 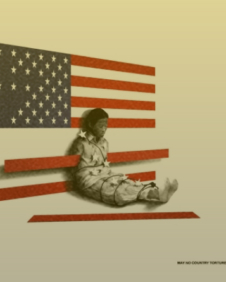