The interview here is the second part of the conversation I had last week with rap artist and entrepreneur Rich P Evolon on the state of the African-American community in our hometown, Peoria, Illinois.


Evolon, 29, now lives on the West Bluff, west of Knoxville, moving back about a year ago after living for years in Chicago beginning when he was 17.

“I go to Chicago, and I see their problems are very different from our problems. Chicago is more territorial. Those problems stem from the mafia, gangster, like going all the way back to Al Capone days. That’s what a lot of people won’t say, but I never been scared to talk, you know? That’s what that’s like. It’s sanctioned and it’s organized. Now, with black poverty on the rise it’s gonna get worse.”

And compared to Peoria?

“Peoria is just ah, ah, just a disrespect for black people, Period. It’s just like, I don’t know if I can curse on here, but it’s like a ‘Fuck You!’ You know? I mean, Period.

“I have friends who try to put together peaceful events. And they promote it on social media or whatever. And the police be there meeting them . . . to have a peaceful party. It’s what we do. We’re young people and want to have a good time. Why would the police be there before anything ever happened? When you see that from the top, from people that’s supposed to be protecting us and serving us, what you think that do to the people that sees that?! They see that and say, ‘They not with us. They’re not with us. They’re not on our side.’

Not only is there a benign neglect of the minority communities in Peoria, but to me it appears there’s an active campaign to keep people down.

“Most definitely. It’s definitely an agenda in place, but it’s like an invisible agenda to the point where you have to really dig and really get some powerful people behind you to be able to really articulate to the masses to say, ‘Hey, this is wrong! You know, you are intentionally keeping people out and pushing people downward.’ And then it’s hands off. And saying, ‘Oh, look at those people!’ But you know, you (the wealthy establishment is) pulling the strings. You’re pulling the strings!”

While his years in Chicago gave Evolon a wider perspective and awareness, growing up here gave him the pride and wherewithal to fit in and thrive way beyond the I-74 concrete boundaries.

“Chicago has a ‘Chicago or nothing!’ type of mentality. So when I told them I’m from another town, they couldn’t fathom it. They like ‘No, you from here, bro.’ No, I’m from Peoria. ‘Peoria?! I didn’t even know there was black people in Peoria.’ And I got that so many different times and places. I said ‘Let me show you. Let me show you that we go through the same things if not worse in Peoria than what you go through. These are the people you don’t know about. These are the people that are forgotten.

“If you look on the video (of “Welcome to Peoria”) when it first comes on, you see little kids flippin’ on pissy mattresses. You know, this is what we come from. You know, we turning shit into sugar. You know what I mean?

“We make something outta nothing. And that’s what I want to embody. That’s what I want to show, the forgotten people. If you don’t know that, that All-American City, whatever you want to call it. This is going on in that All-American city. This is what they’re not gonna show you. They’re gonna show you the Chiefs stadium; they’re gonna show you the Riverfront, Richard Pryor’s statue. Don’t let them fool you into thinking that this isn’t going on here, too. Because if you keep ignoring that, then it’s gonna keep being ignored. And the problem is going to keep perpetuating itself over and over and over. But hopefully one person can see that, and come here, and wanna really, like me and you are doing, and understand those people. Talk to those people. And ultimately, maybe, offer those people an opportunity. Because that’s all we need.”

So what exactly does the city need to do now?

“I would say the biggest thing, at the root of it, is try to understand before you try to be understood, you know? Go and do what we’re doing. Those conversations with the people, and draw your conclusions based on what they’re telling you that’s the problem. Go to the people. Go to the people. Because they’re the ones that’s going through it. They’re the ones that are gonna have an unfiltered approach to what they’re saying. And that’s what you want.

“You don’t want the leaders that’s gonna kinda cap it up. Even me. You might think I’m a leader or whatever. But I’m still going through it. I’m still here. I work. I’m really more of an entrepreneur; you know what I’m sayin’? My point is, you know, you wanna get the message from the bottom because that’s where the real problem lies.”

You think the city is doing that, at all?’

Coming back to the city after living away for several decades, I see aggressive white racism in Peoria like I never saw in Boston, Chicago and Portland. It sure seems like white racism is so aggressive and in your face here. Why?

The white racists don’t get any push-back, do they?

“(None) at all. It’s a real thing. And it’s worse now than five years ago.

I was talking about the white on black racism here recently with a high ranking law enforcement officer who said the problem locally is as bad as Ferguson. That it was a just a spark away from happening here.

Really? I don’t see any riots in the streets or shops on fire. 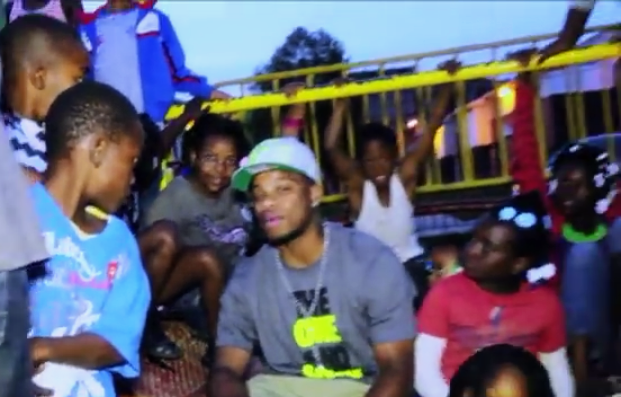 "Home of Richard Pryor. Known for the killin'." 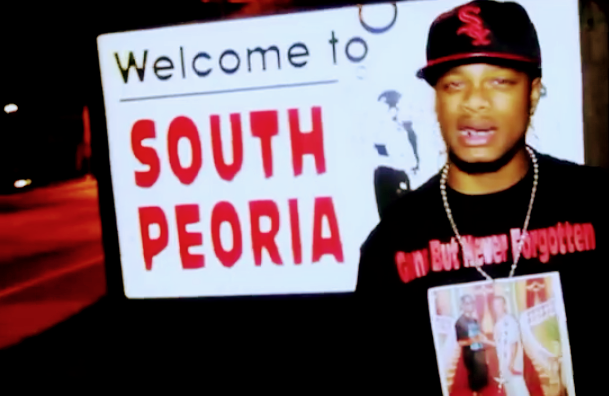 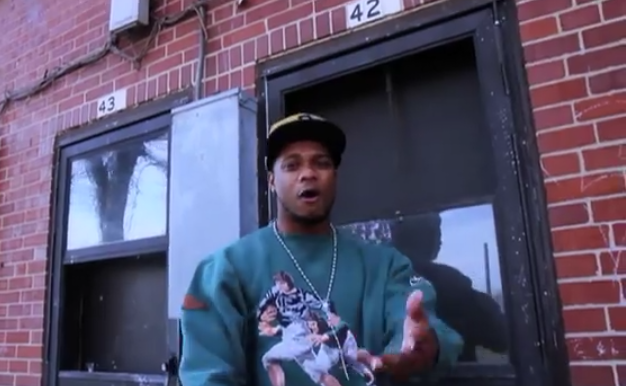